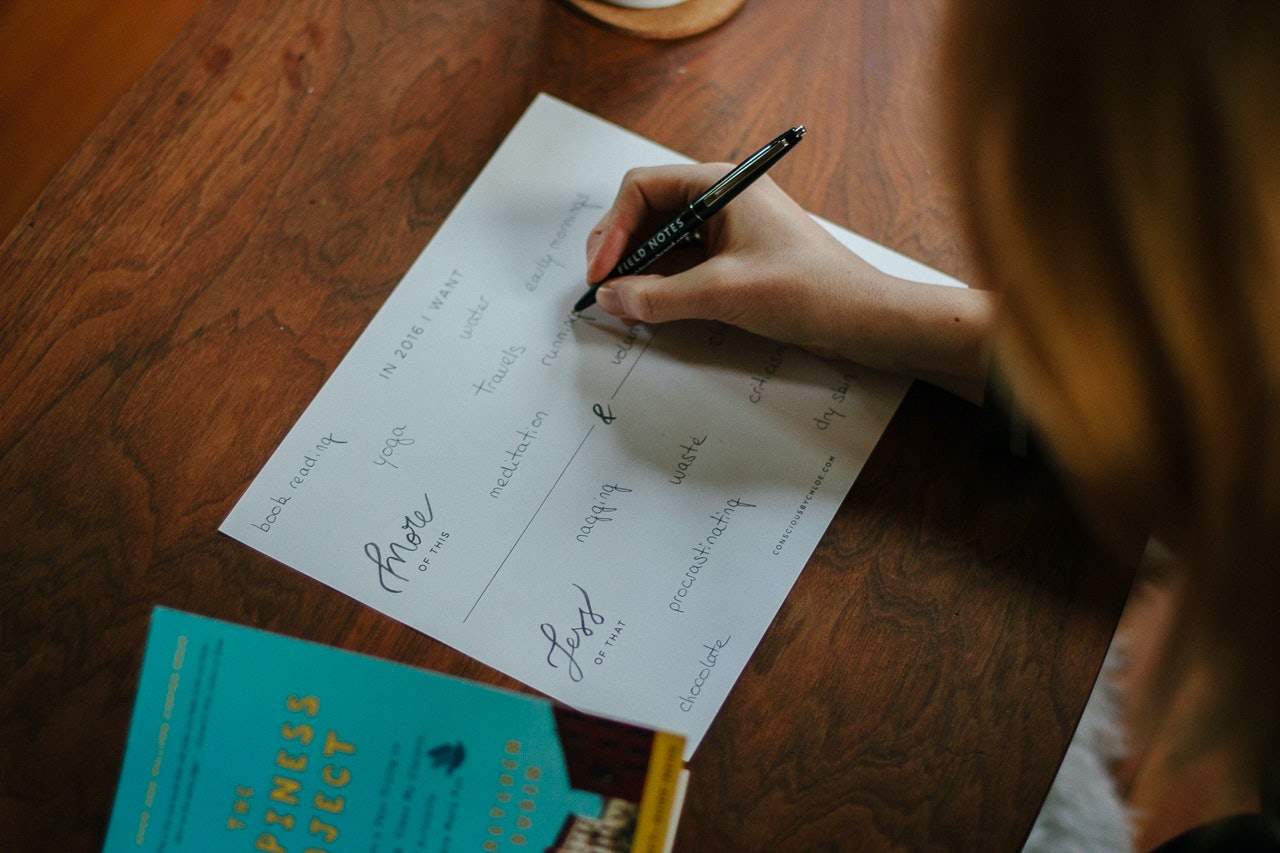 I hope you had a wonderful holiday season!

I sure did. After flying back to France for 2 weeks, Octave and I made a stop in Iceland on the way back.

We landed in Portland last Thursday night and, for the first time ever, jet lag got me real bad.

No matter what time I'm going to bed 8.30, 10.30pm, I'll wake up around 5-5.30am. The first mornings I stayed in bed trying to force myself to sleep, but yesterday morning - after Octave had asked me the day before what the hell had I been doing during these 2 hours in bed before finally getting up at 7.30am - I decided to get up and be productive.

And boy did it work!

A long due newsletter, and some serious saved articles, reading list and bookmark organizing...

As you now know, I love making lists. But what you may not know, is that I sometimes get analysis paralysis. I have so many ways of organizing things or ideas to chose from that I just don't know where to start.

So I started by starting.

I came up with a list of things I want to achieve this year, and then organized them by timeline (daily: meditate, weekly: write an update email to a friend who lives far away, monthly: read a book, always: get even closer to producing zero waste, one time: sign up and participate in a race).

But then I realized that the result was just another list of to-dos.

Here I should remind you the mantra of this blog and basically my mantra in life: Simpler, greener, happier.

So I replaced the goals by intentions or aspirations.

I narrowed them down to what I want more & less of in my life, and I made this: 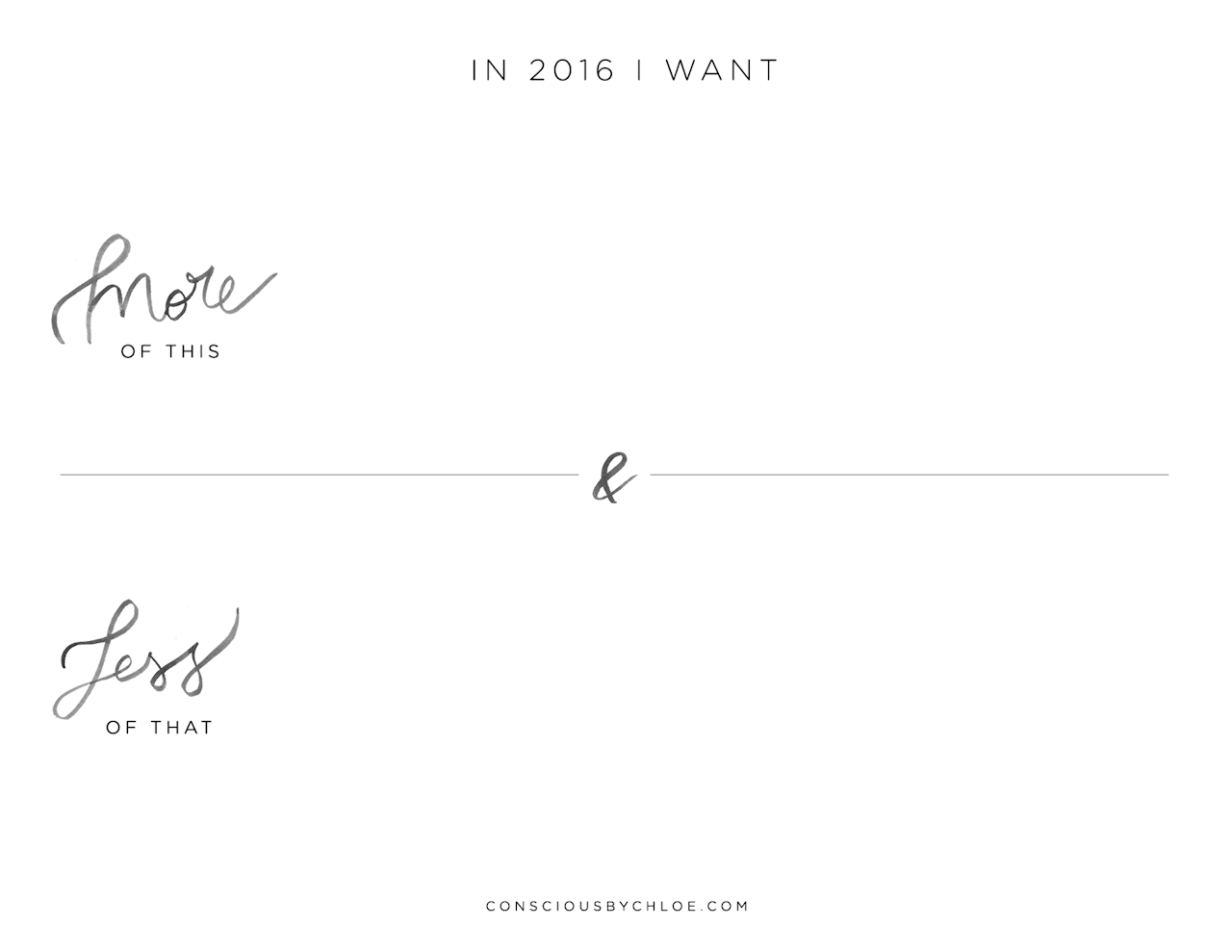 Click on the image to download the intentions map, don't forget to select "scale to fit" and then "fill entire paper" to optimize the printing process.

Here are a few examples from my intentions map:

Instead of going on a diet which I will never follow, I decided to add greens and water to mine, and cut down chocolate (chocolate covered almonds especially).

"Less dry skin" might need an explanation. When I decided to remove chemicals from my life (cleaning and body products), I've been very strict and for a long time, I just stopped using body lotion. Then I tried a homemade recipe but was not satisfied by the texture and then stopped using it again. Now winter has come and after weeks of travelling and showering in places with different qualities of water, I feel like a crocodile. So I'm gonna start the easy way and get natural body lotion in bulk at the coop and will eventually find a homemade recipe that suits me. Sometimes simpler is the best way to be greener and happier!

This month, I'm also re-reading the books which inspired me to live the lifestyle I lead today, starting by Gretchen Rubin's The Happiness Project. Each chapter is dedicated to a month, so January is the perfect time to start reading it.

Rubin's goal for January is to boost her energy and her tools are the following:

I'm not gonna summarize the whole chapter here, but rather see how her tools would help me achieve my aspirations :

I'm off to a good start with this jet-lag, I'm just gonna try to get more hours of sleep while trying to continue waking up earlier (note for self, re-program the heating system so it switches on at the same time).
= more early mornings

I had a medical issue that prevented me from exercising, or, better said, that actually put me in excruciating pain after exercising. I solved the problem with a doctor during the holidays and am really excited to be active again (I was over the moon when hiking up a volcano in freezing temperatures in Iceland last week, Octave can testify). I put the 30 minute booty boot camp link in my favorites, I scheduled running sessions in Runkeeper. Let's do this!
= more running, more yoga

This has been an ongoing project for the last few years, with international and overseas moves. I also took part in a decluttering project before leaving in December. It helps me find peace (outer order, inner calm) and identify ways to be more effective at home in my quest for zero waste. Plus, decluttering and organizing is something I love to do, who wants to hire me for a KonMari session?
= less waste

There's this thing that Octave and I keep postponing, personal shared accounting. I've set things up pretty well since we moved to Portland, but we still have some things to figure out from the years we lived together in Switzerland and California. We're setting a date in our shared calendar, there's no avoiding it!
= less procrastinating

I borrowed many of Ruben's mantras, one being "Act the way you want to feel". I already put it into action during our layover in JFK last week, when we had to queue for one hour at customs because there were only a few immigration officers available. I was tired and grumpy and generally feeling French and revolutionary. But I remembered that mantra and acted a little more optimistic... for the best!
= less criticism, less nagging

I do not know yet whether I'll develop such a detailed plan for the following months. I think that January is generally a good month to set the tone for the rest of the year, implement new good habits and (try to) stick to them all along.

My intentions map will most probably be my plan for the rest of 2016.

On your own intentions map, don't hesitate to write certain intentions bigger than others, or even in all caps, different colors. Draw intentions instead of naming them. Make it yours!

What about you? What are you new year resolutions? Do you even make any? I'd love to hear your mantras, rules and other aspirations for the year to come. Please share them below in the comments section, don't be shy! Also, it would be so much fun to see each other's maps! We could share ours on Instagram with the hashtag #myintentionsmap ! Pictures by Octave Zangs for Conscious by Chloé.