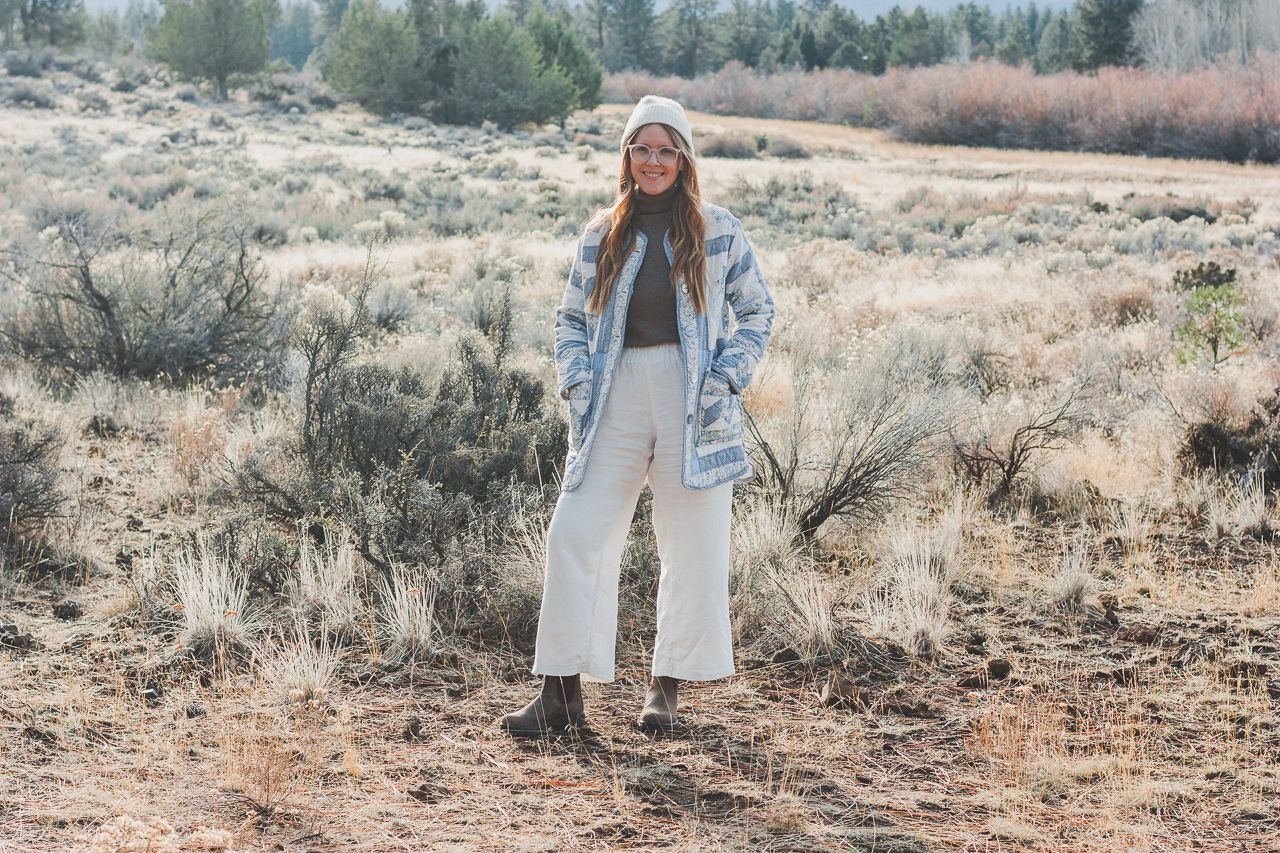 About a month ago, I found a quilt at a thrift store.

I am not a classic quilt person, but my thrifting radar beeped when it saw that piece of craft(wo)manship. And this is all because of someone I followed on Instagram.

A couple weeks before that, I had seen on Julie D. O'Rourke's Insta stories how she transforms quilts into jackets. Then I discovered Psychic Outlaw's shop and, from there, everything started snowballing. 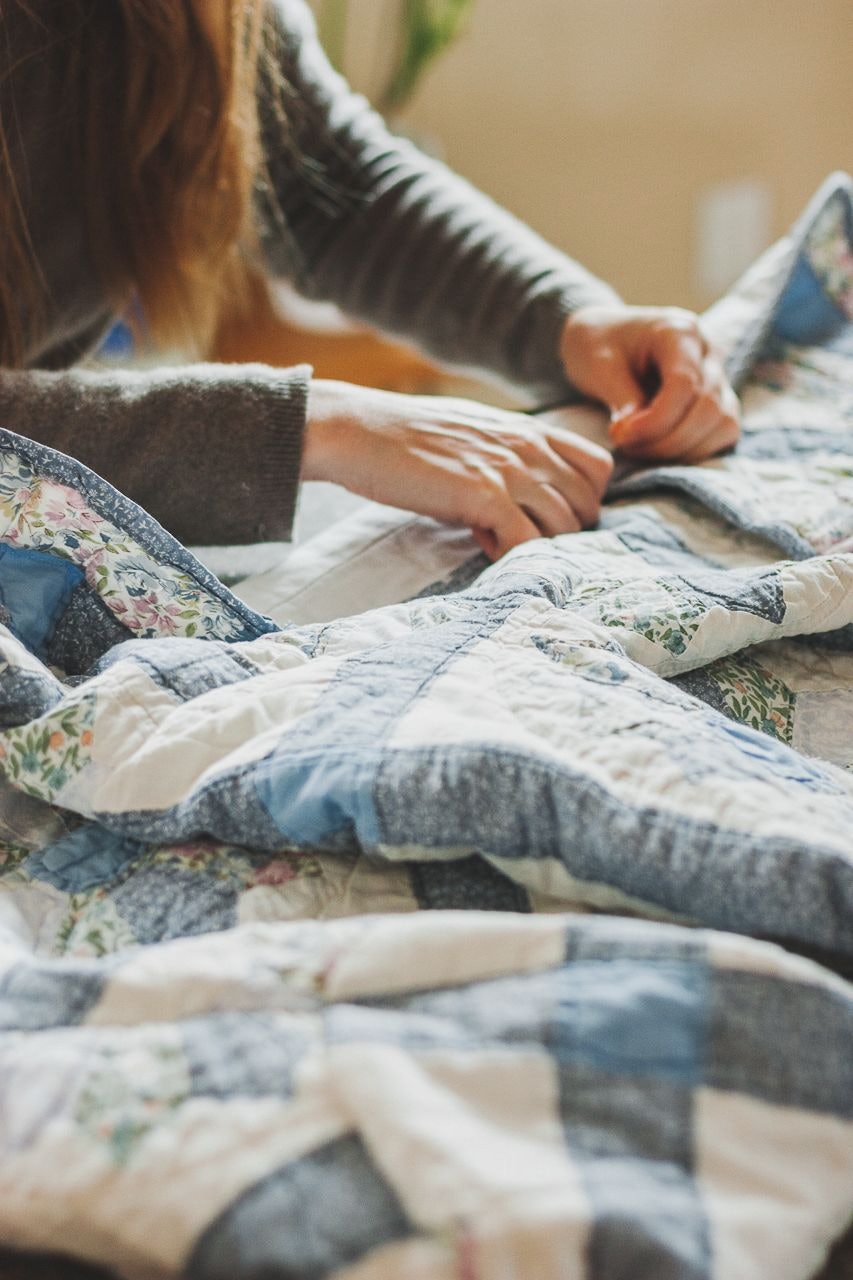 So back to the quilt. I bought it, went back home, and considered drafting a pattern from a quilted jacket I already owned.

It took me a couple week to cut the pattern. And then another couple weeks to make the first cut into the quilt.

And this brings us to 2 days ago. 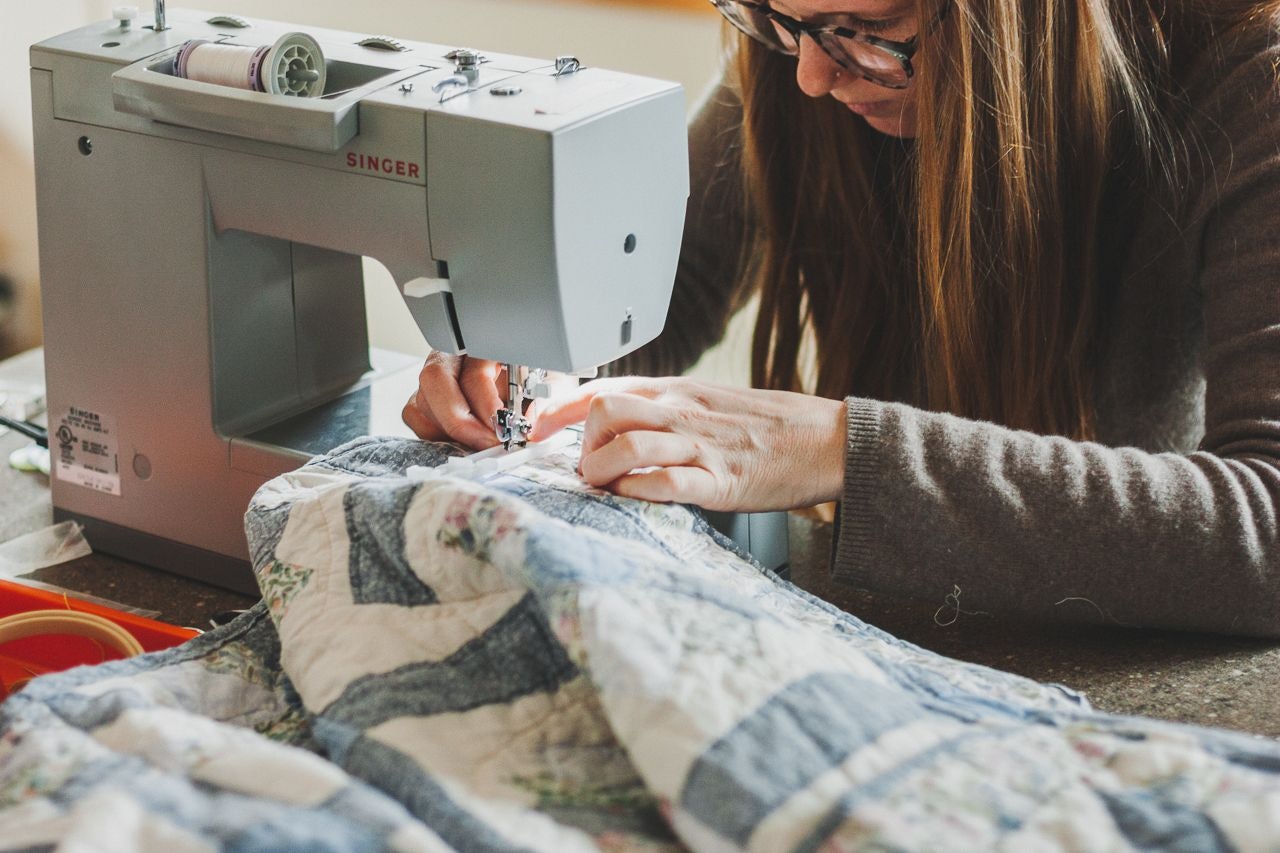 I take Mondays off to do nothing or work on creative projects. And little did I know that it would be the day I would tackle this project.

I moved the furniture, spread the quilt on the floor and tried to figure out how to cut my pieces.

And that's where I made my first mistake, not realizing that the back of the jacket is longer than the front and taking this into account so that the pattern would match between the front and the back... 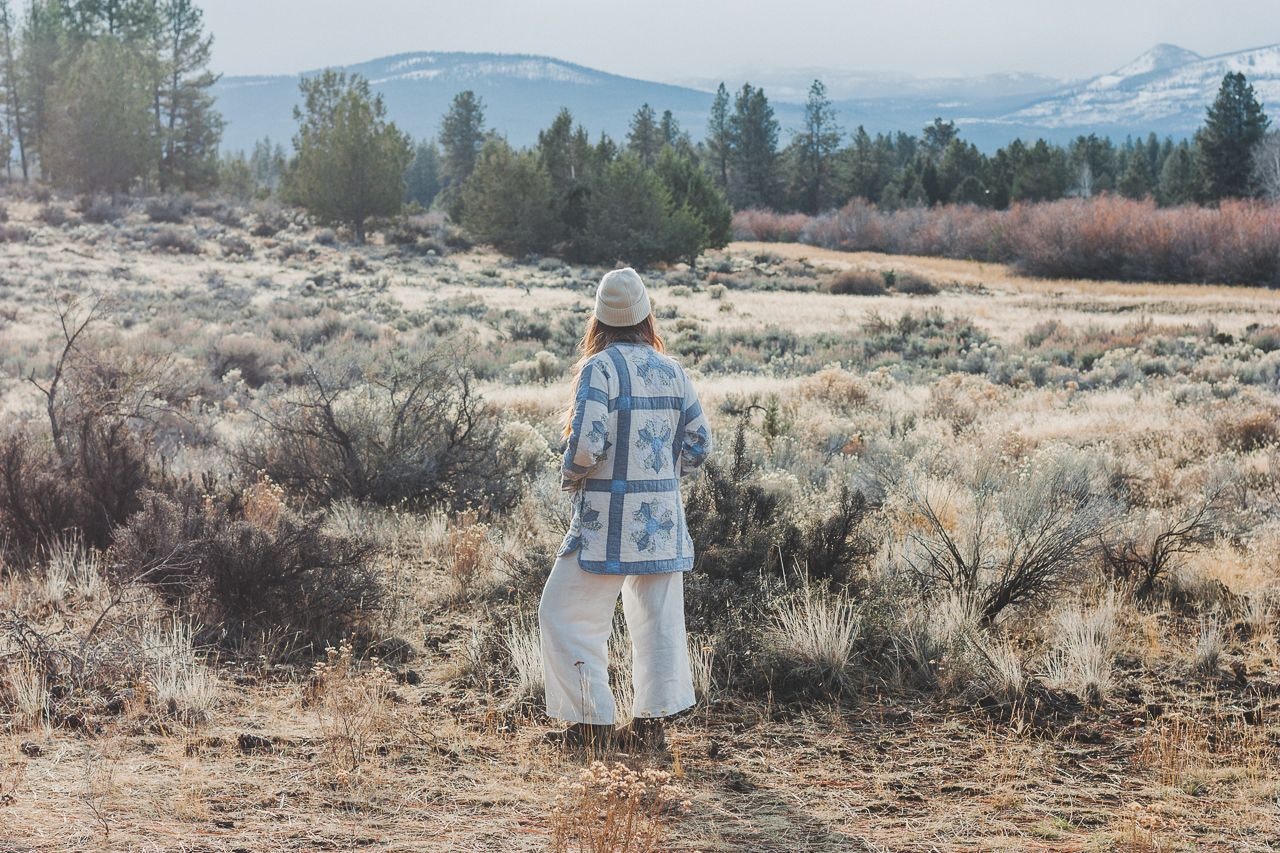 But there was no going back (I had no extra fabric on hand), so I owned my mistake and powered through.

I won't go into too many details about the process as I mostly winged it. I seriously wish I had bought a pattern rather than tried to draft one from my Everlane Quilted Jacket, but I'm impatient and when motivation/inspiration calls, there's no waiting! 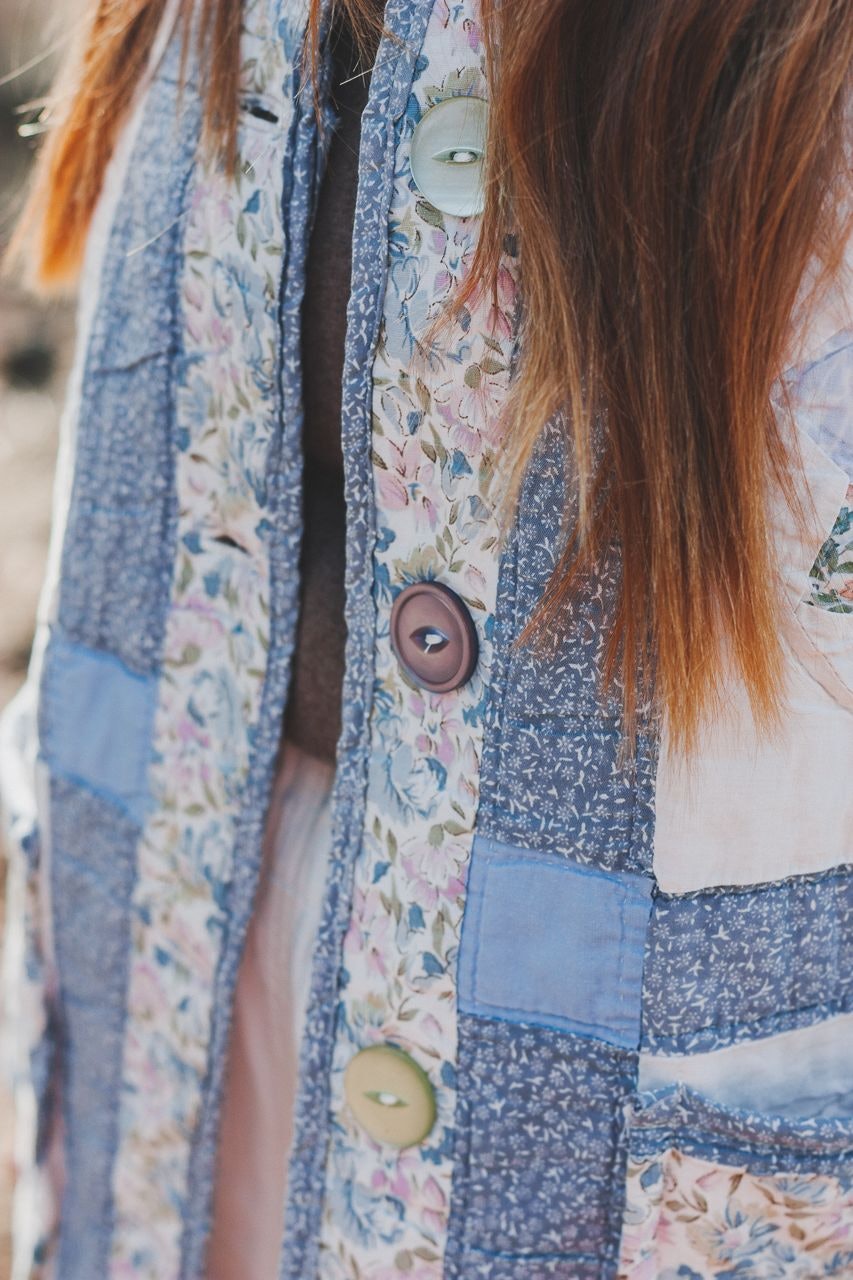 Things went rather smoothly and I even went as far as making my own bias tape. Well it's not exactly bias, as I created it from a long piece of fabric and did not cut it into the bias of the fabric...

Did I lose some of you already? I'm not a sewing expert, but I just happen to have listened to a Love to Sew Podcast episode dedicated to bias and learned so much!

Side note: I considered getting a bias tape maker, but refer back to the previous paragraphs where I mention my lack of patience...

After a couple hours of cutting and sewing, I finally had a jacket with sleeves!

And then I stopped to go to bed before I started making too many mistakes. 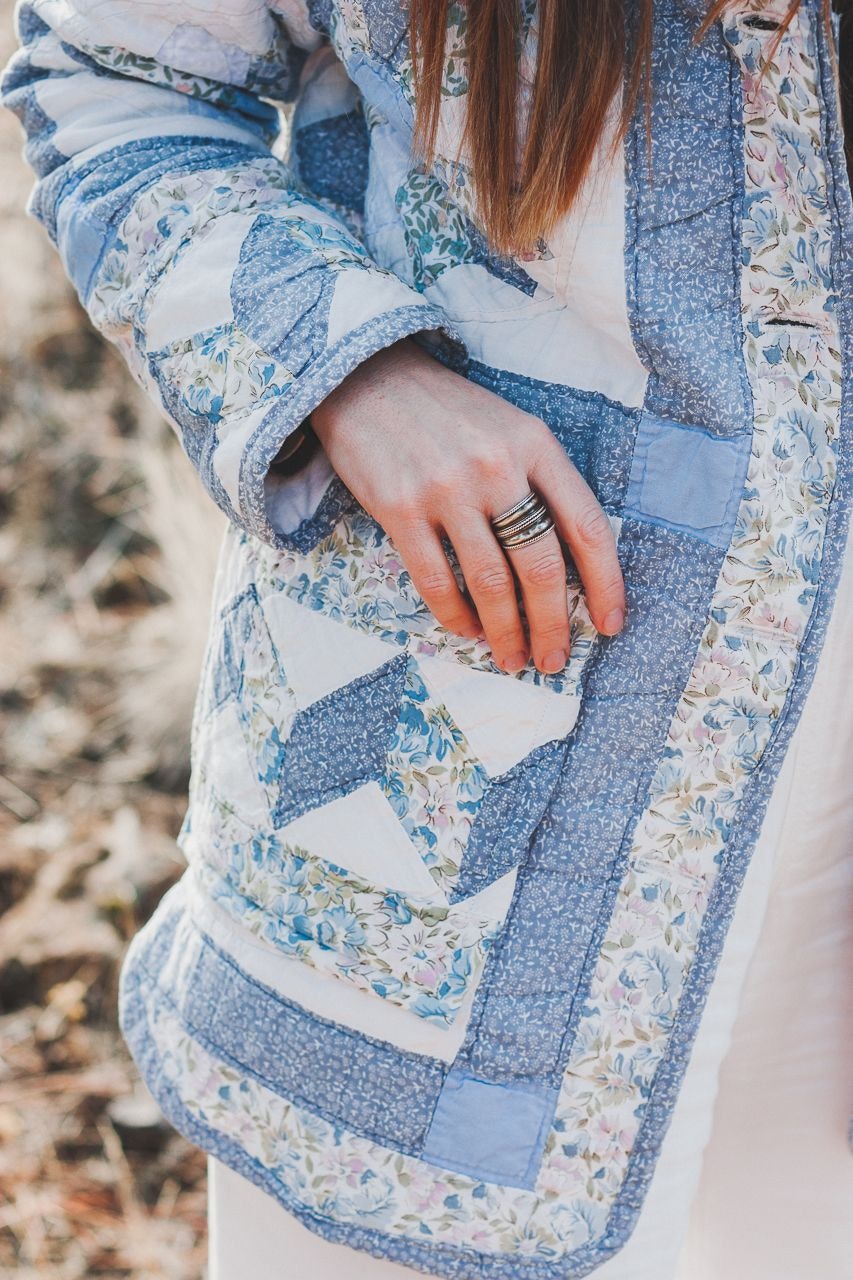 The following morning, I fixed a couple errors and cut pockets while waiting for the thrift store to open to buy the final touch: buttons!

I did a quick poll on Insta stories and you told me to go for the colorful buttons - which was the cheapest option :)

So there you have it, my first (and probably last) attempt at making a jacket from a thrifted quilt!

You can find pictures of the whole process in the highlight on my Insta Stories. 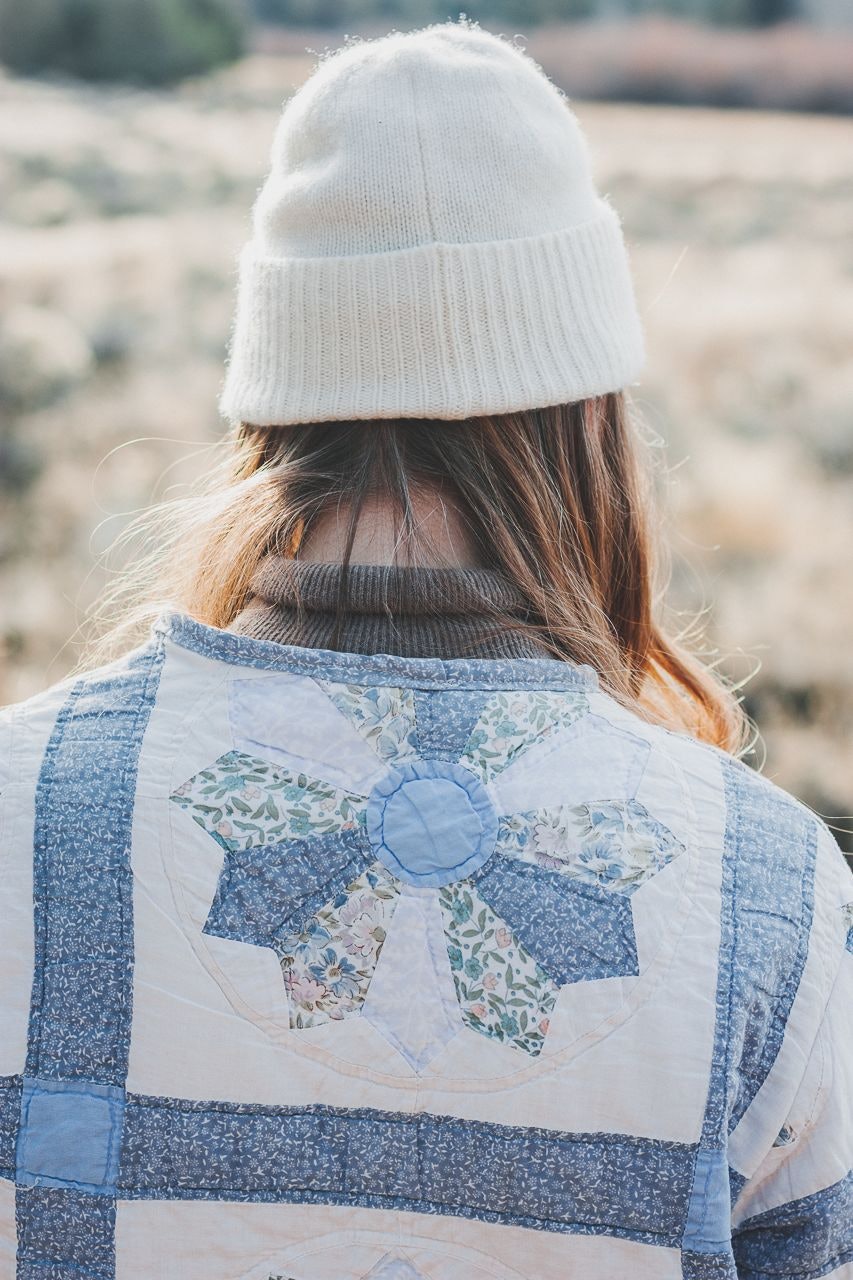 I went down a rabbit hole and found these amazing makers: 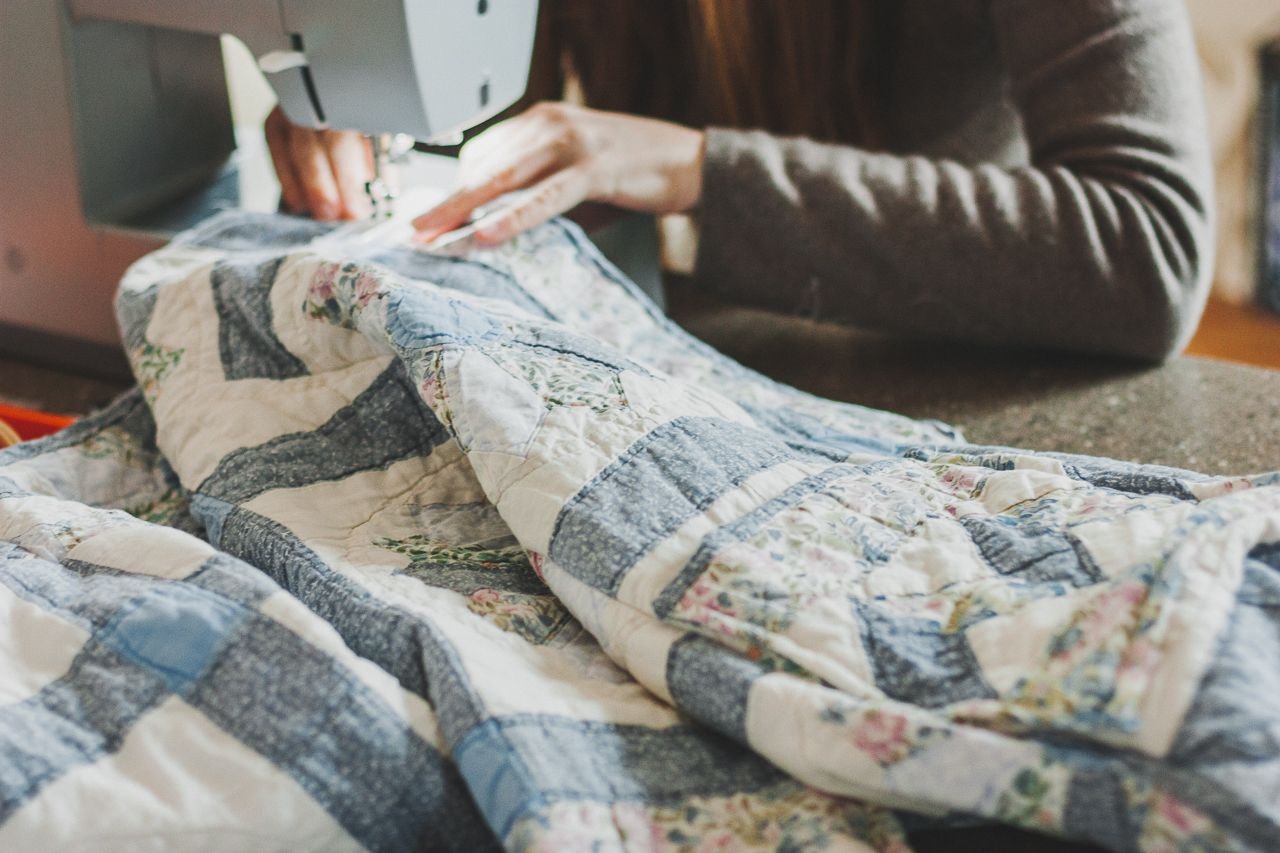 After a little research I found that the following patterns would work great for a quilted jacket:

I took advantage of the fact that Octave needed to borrow something from a friend/neighbor to tag along and shoot a couple pictures on the way back home. 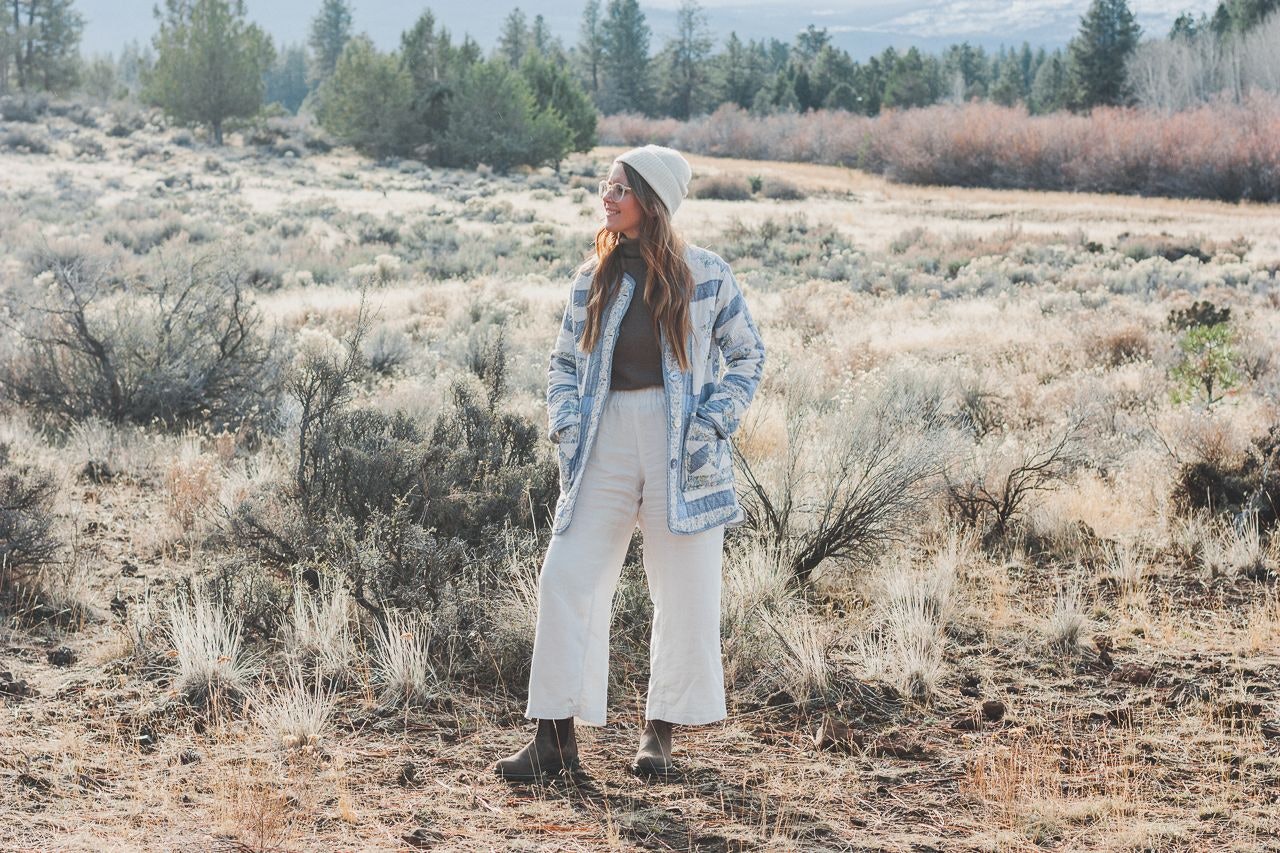 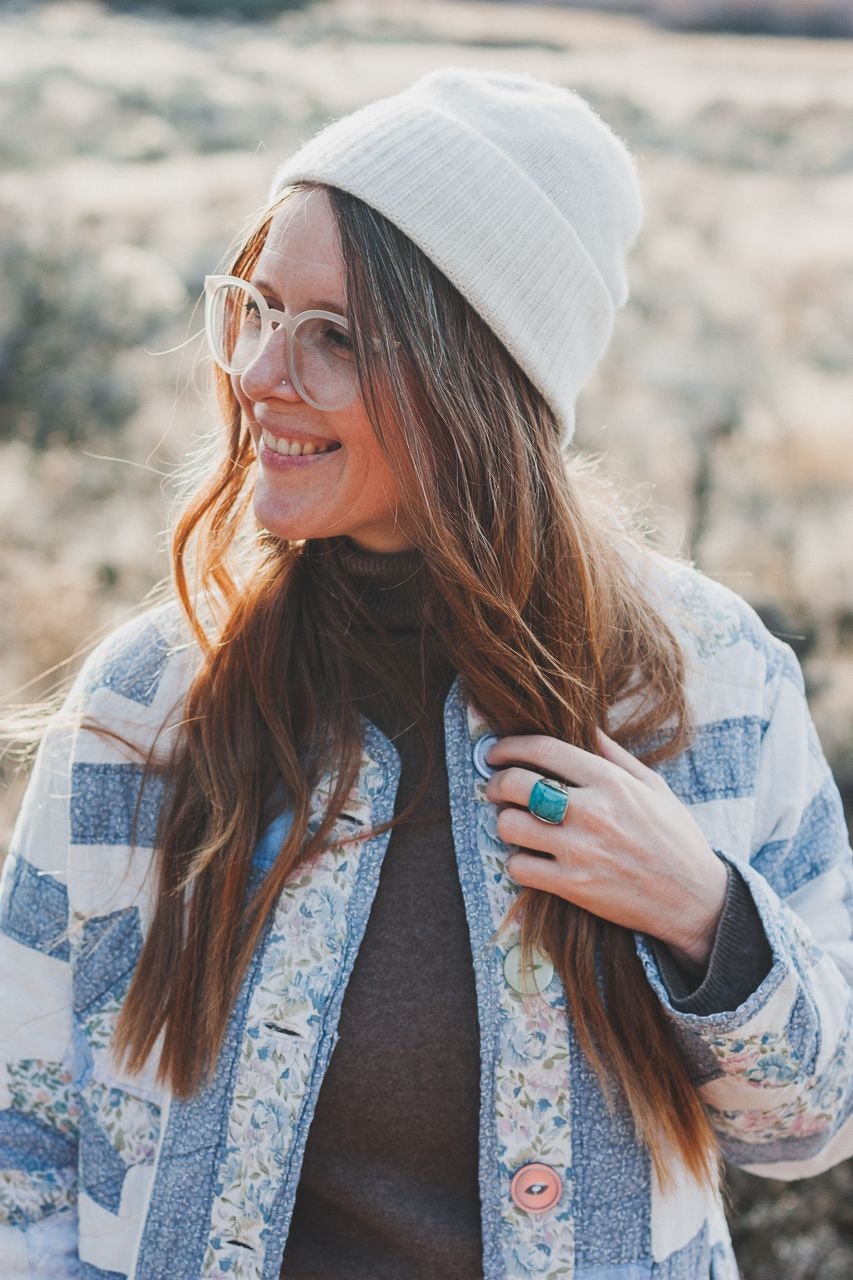 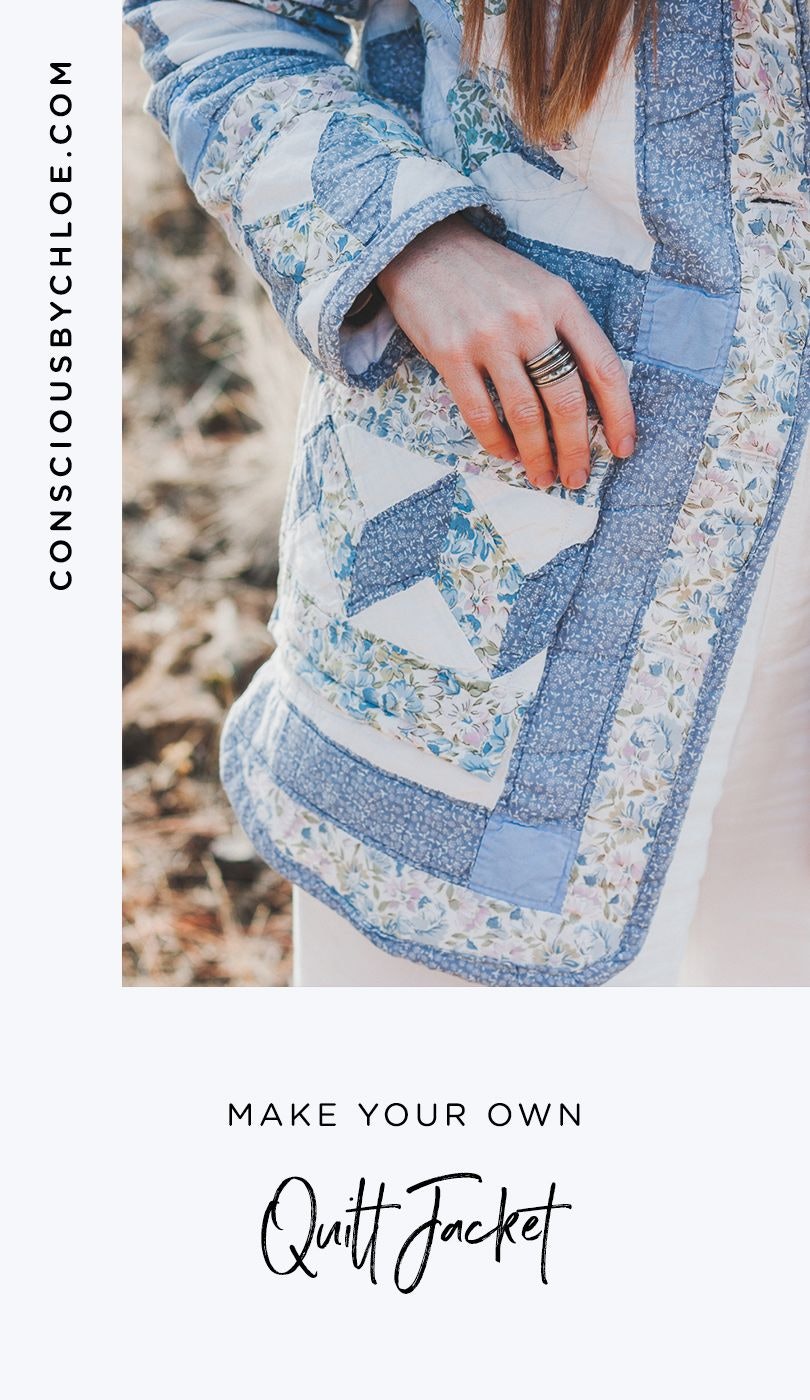 Have you been working on a creative project lately?